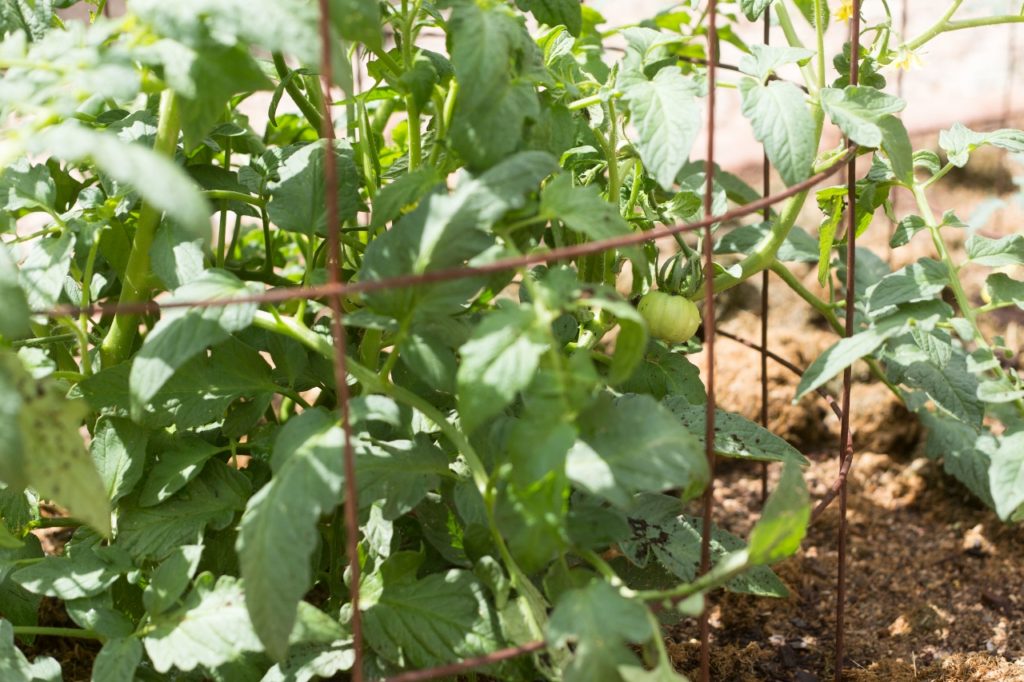 My favorite season is typically Autumn, but Spring is a close second.  I love planting a garden and I think my black thumb is turning somewhat green. 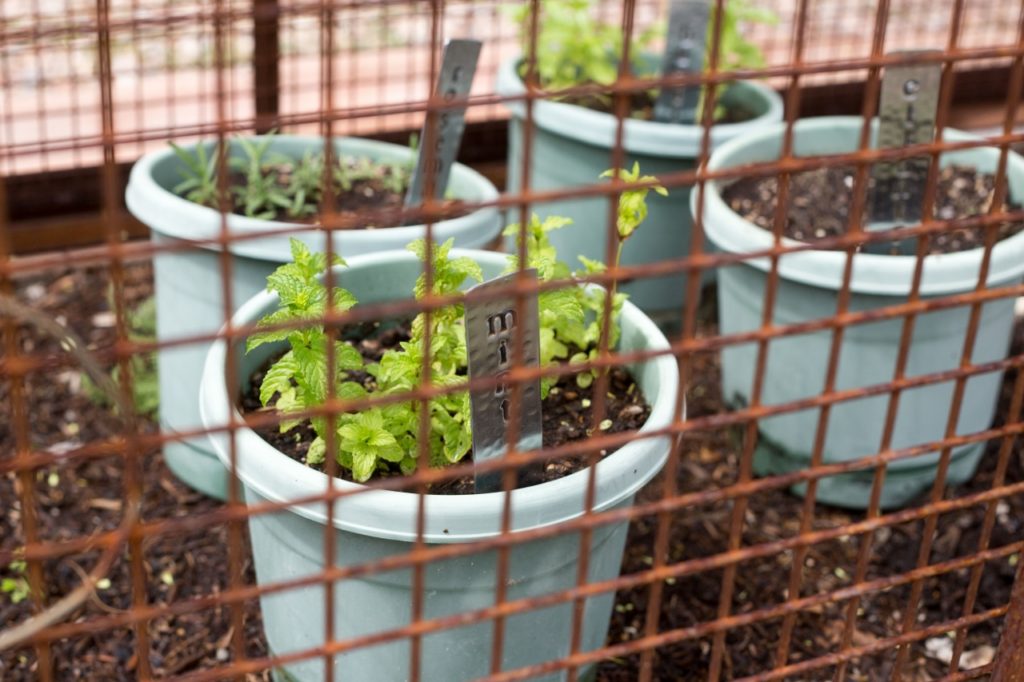 An herb garden is a must.  I’ve already used basil and rosemary and mint will be next for mojitos this summer. 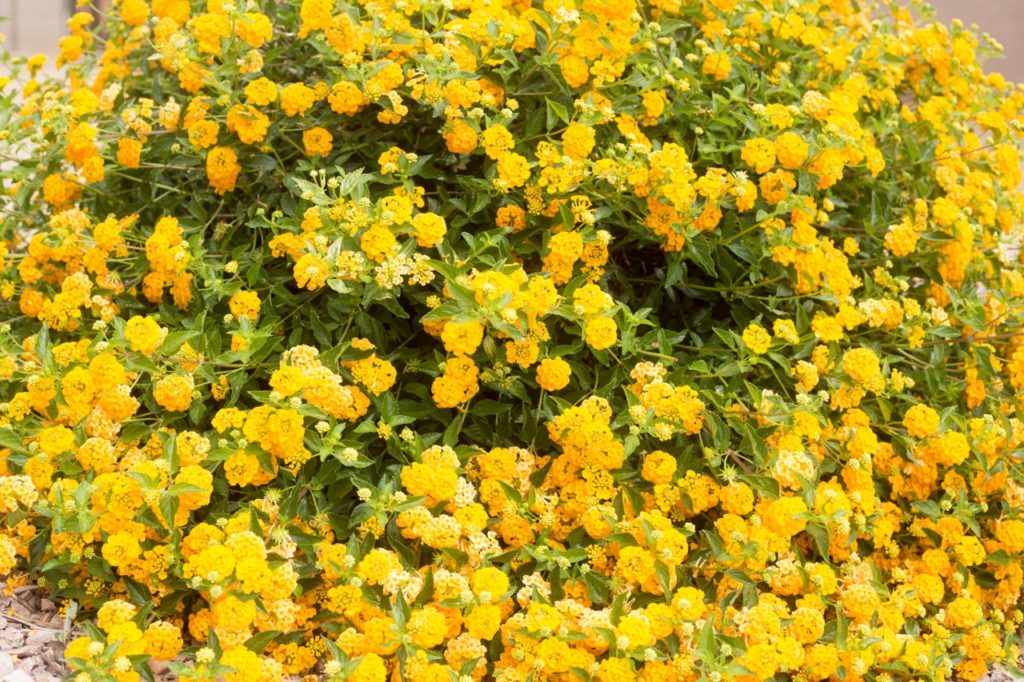 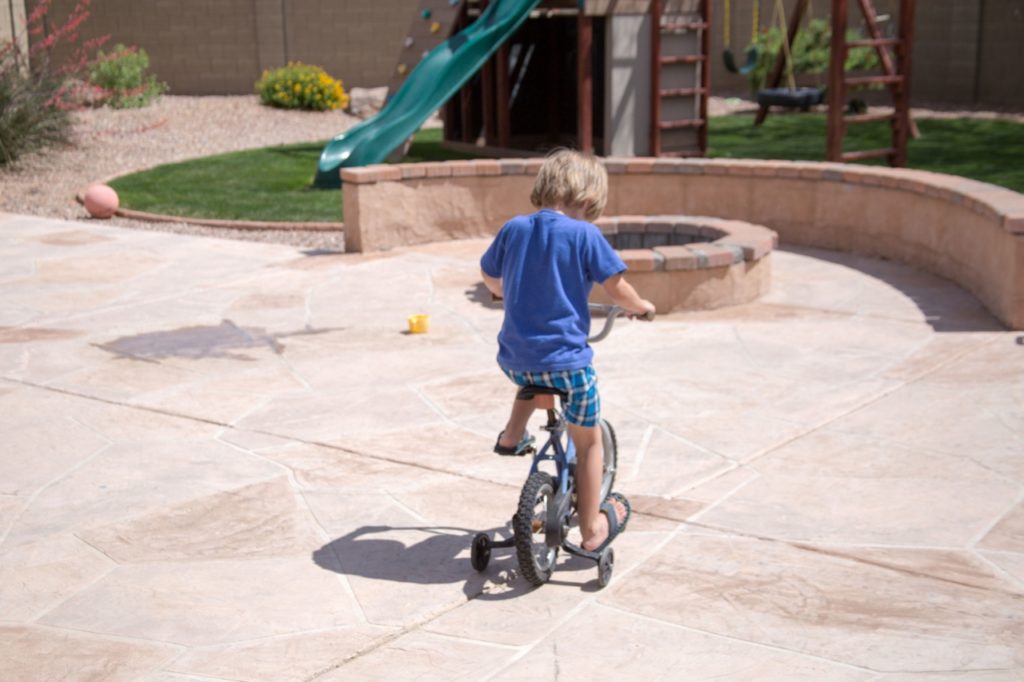 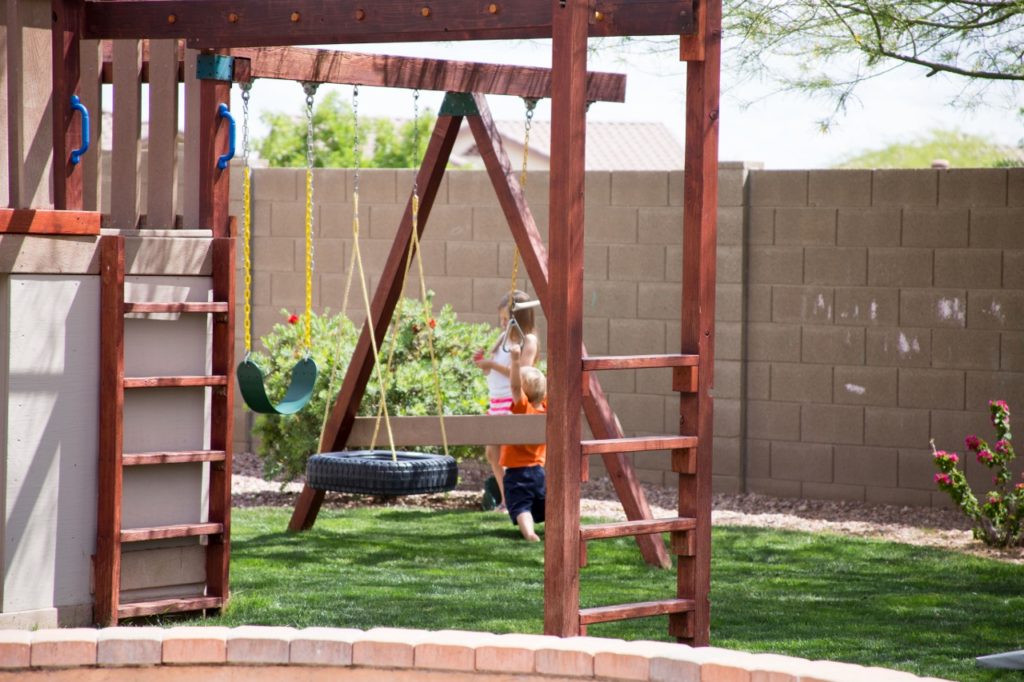 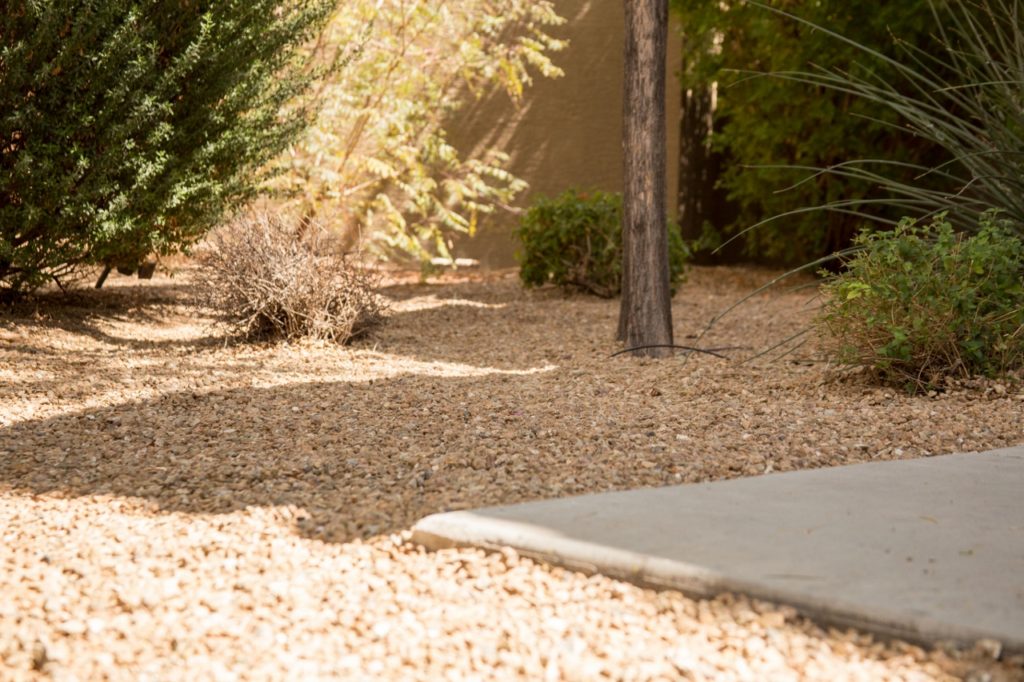 We had 5 tons of rock delivered for our front yard and it’s really spruced up the space nicely.  I did all of the work myself.  Am I bragging?  Maybe.  I’m not sure if that bush on the left is dead or if it’s coming back to life.  Pretty sure it’s dead, but I don’t want to be the one to pull the plug. 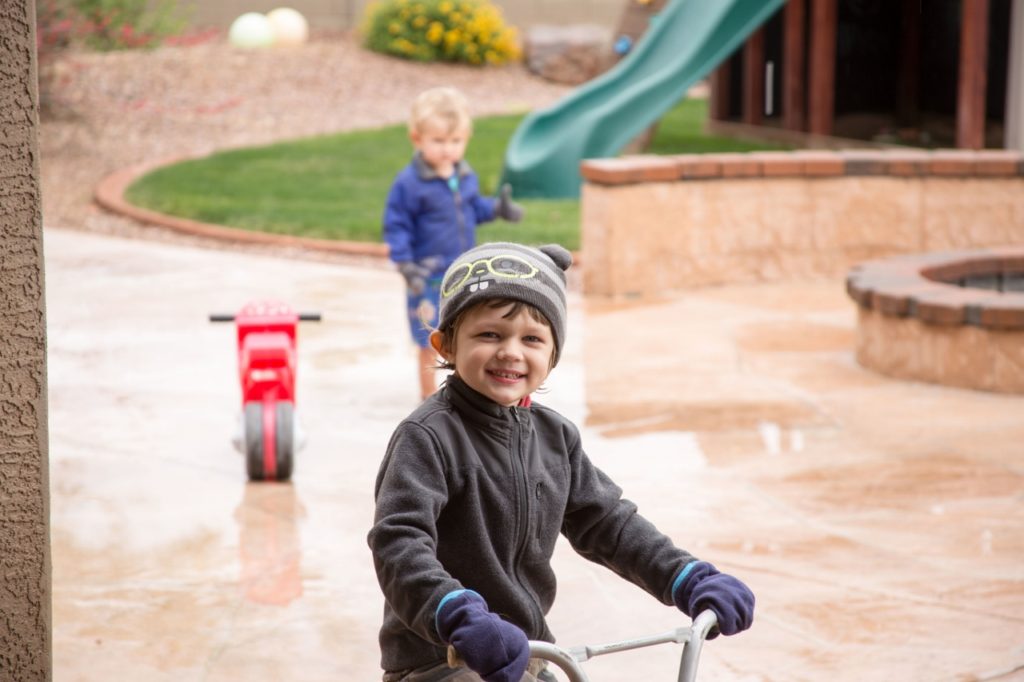 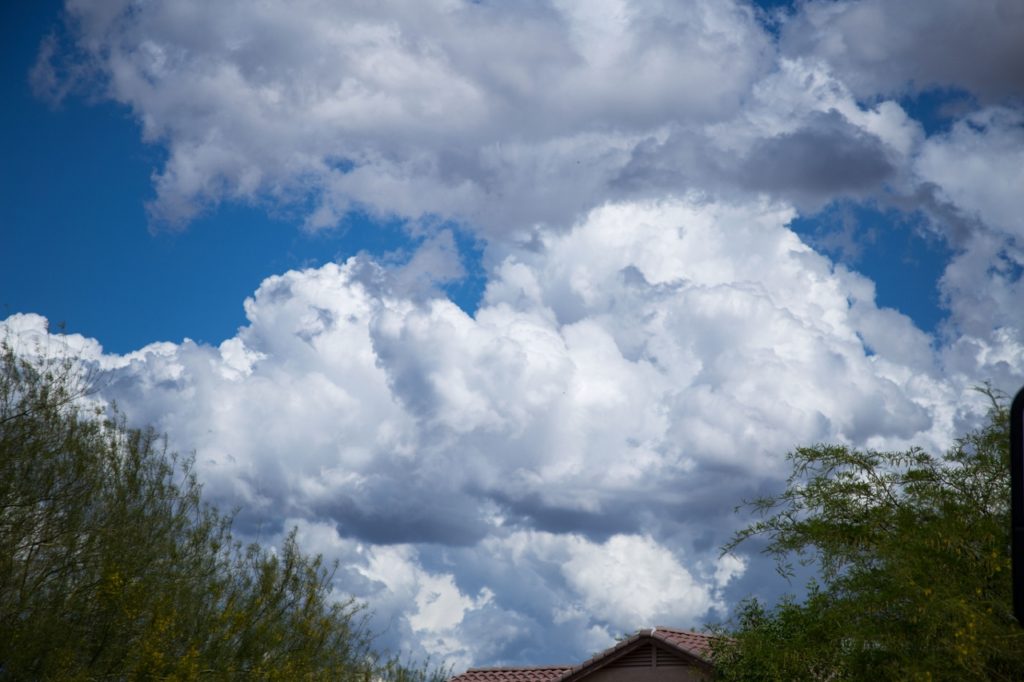 The weather has been crazy.  It goes from hot to cold, two months of no rain and then lots of rain.  I’m not sure what Mother Nature is up to.  Our skies typically don’t look like this, but after a good rain, it’s so nice to see those puffy white things.  The kids were very excited to put on their hats and gloves and jump in puddles. 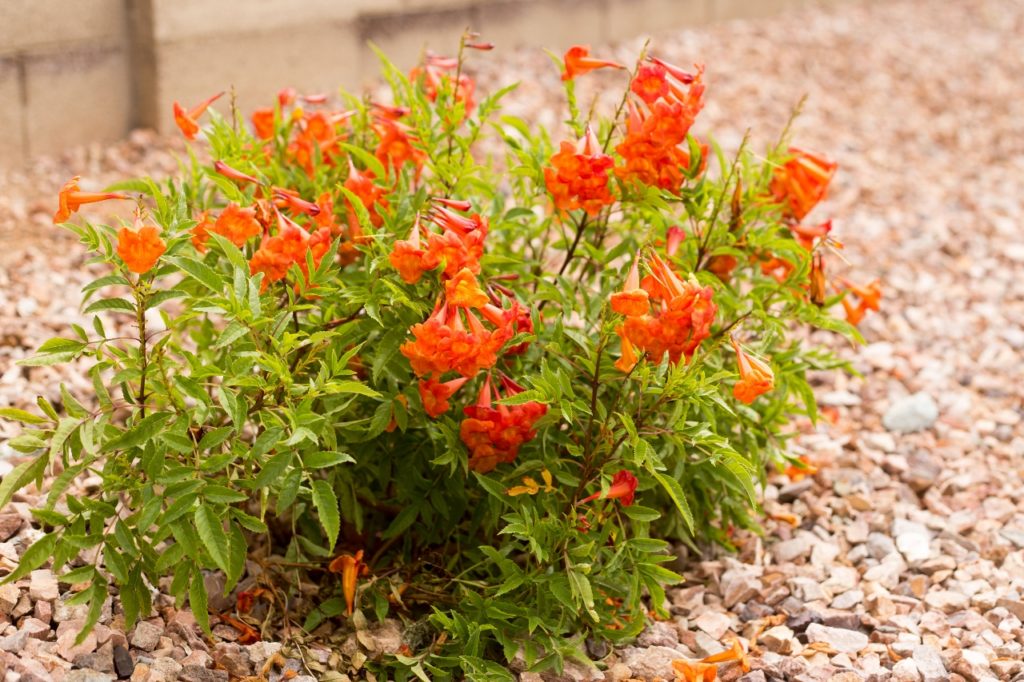 I also planted a couple of these plants.  I forget the name now.  Fireball?  Fireflower?  I don’t know.  Anyway, I bought two.  One was half dead for five bucks and I’m hoping to revive it.  This is the more alive one.

First time I’ve had to dig a trench for installing watering hoses for the new plants.  Let’s just say I don’t want to do it for a living. 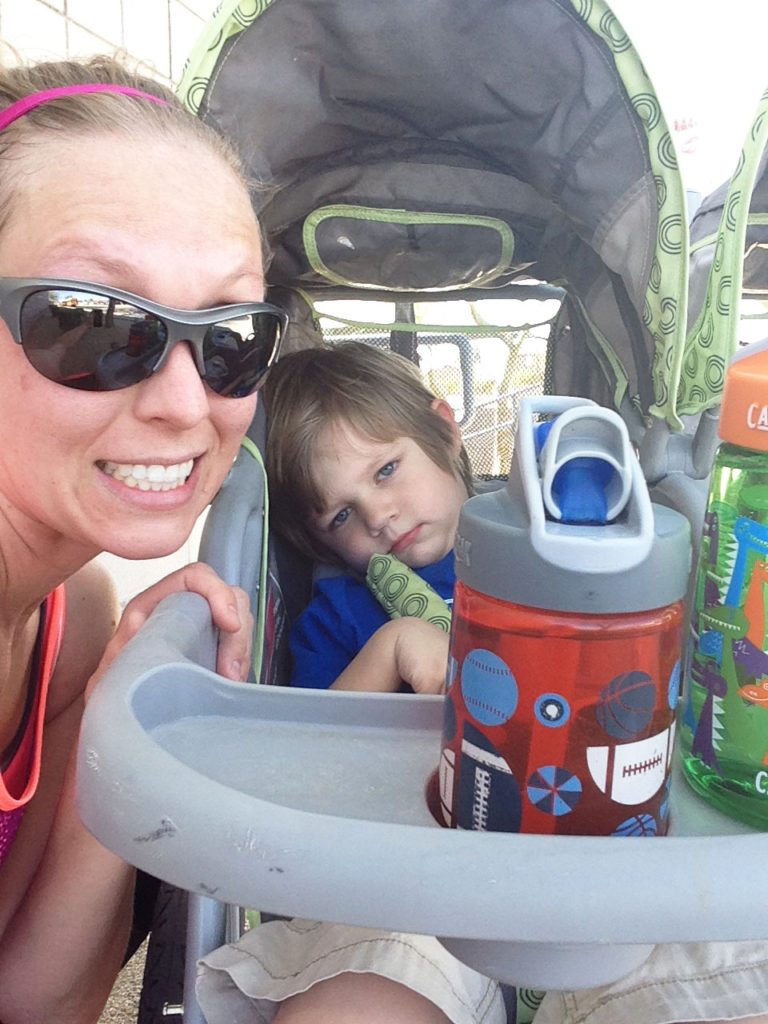 I’ve been “dragging” my boys along for my runs in the afternoon.  I only do it twice a week because they aren’t fans of my shenanigans.  It usually goes down like this…I say we’re going on a stroller ride…they cry, kick and scream…I’m about to lose my cool…I bribe them with snacks…they’re hesitant, but oblige…five minutes later, they’re asleep and I enjoy my peace and quiet for 3.5 miles…we pick up big girl from school…they wake up as soon as we get home and then party til 11pm.  Now, if someone offered to push me in the stroller for a nice ride and view of the outdoors, I’m pretty sure I wouldn’t throw a fit, but whatever.

I’ve been redoing our entire laundry room.  That makes it sounds like it’s a huge room, but it’s really not.  I just mean that everything is being redone in there.  I actually have my hubby working on framing the window for me.  Then, I need a shelf built.  I hope to share it all real soon, that is if I live to tell about it.  He gets kind of cranky about when I ask him to build stuff.  I mean, who wouldn’t want to frame a window that is crooked as all get up and everything needs to be tweaked?!  I told him we could be the Chip and JoAnna (Fixer Upper – LOVE that show!) of the desert, but I think he’d rather poke his eyes out with a dull pencil.  I’d marry him all over again, but I’m beginning to wonder if the feeling is mutual.  Hmmmm?  Hey!  Remember that time that I shoved 5 tons of rock all by myself?  Ya, me too ;-)  Happy Tuesday!