Greetings All!  Last week, we celebrated my littlest’s first birthday.  I would’ve had pics up sooner, but he and I got sick the day after his birthday and were pretty much out of commission for 4 days…bleh.  Now the hubby has it…lovely.  I really hope the other two don’t get it.  *fingers crossed* 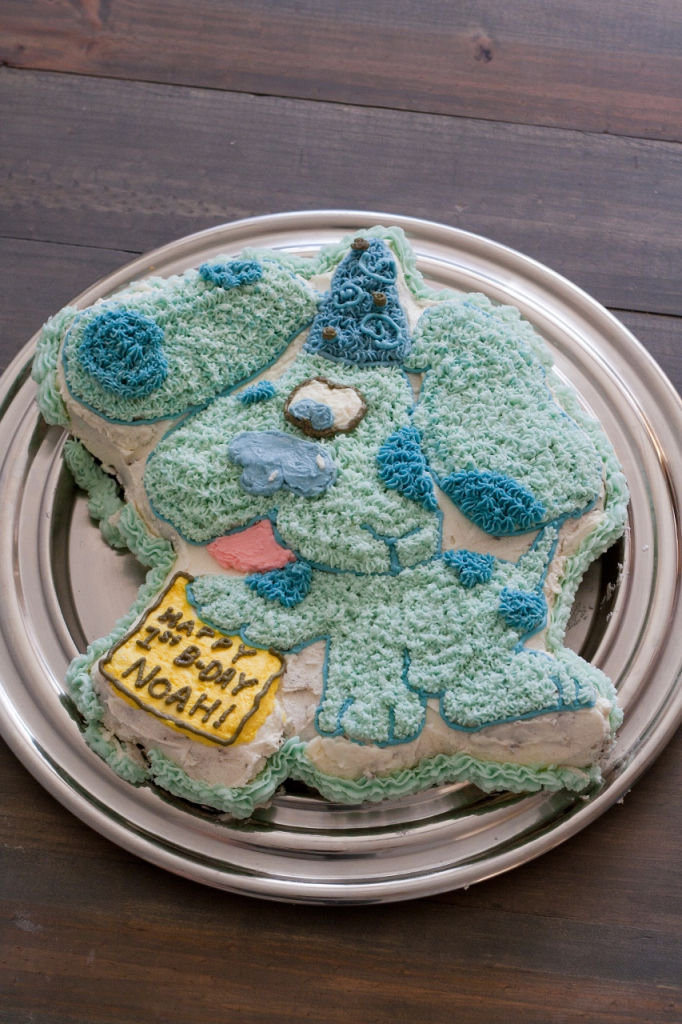 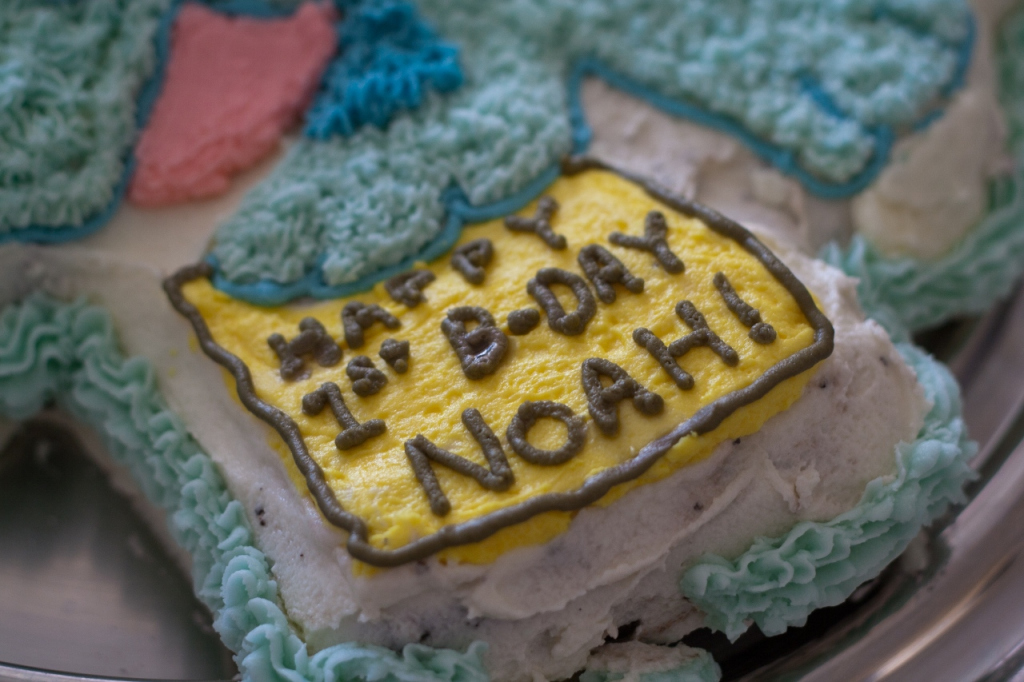 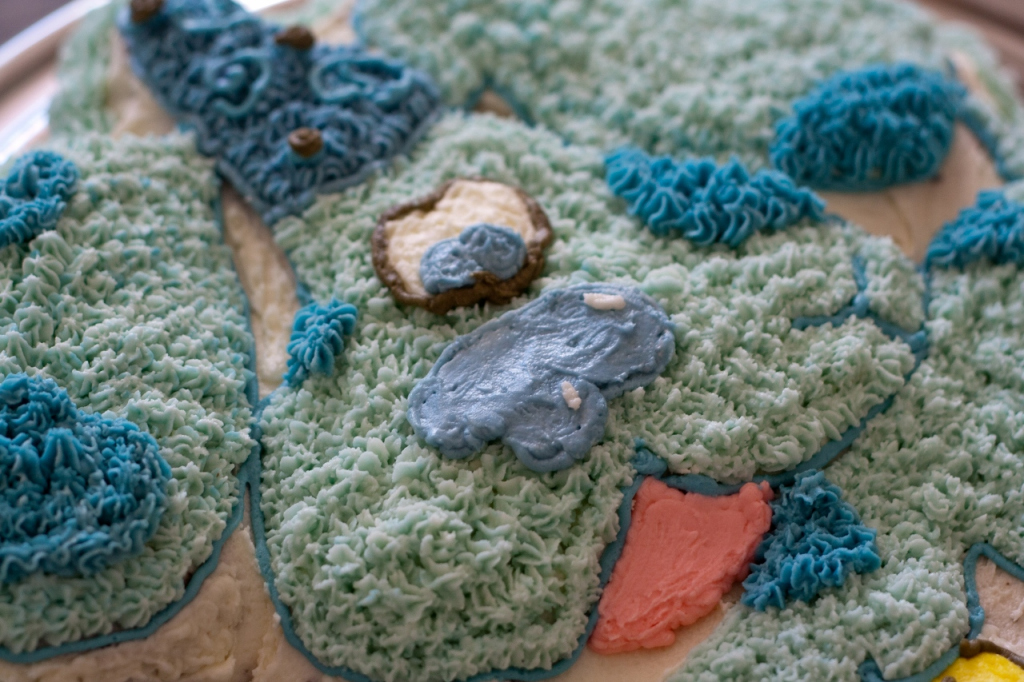 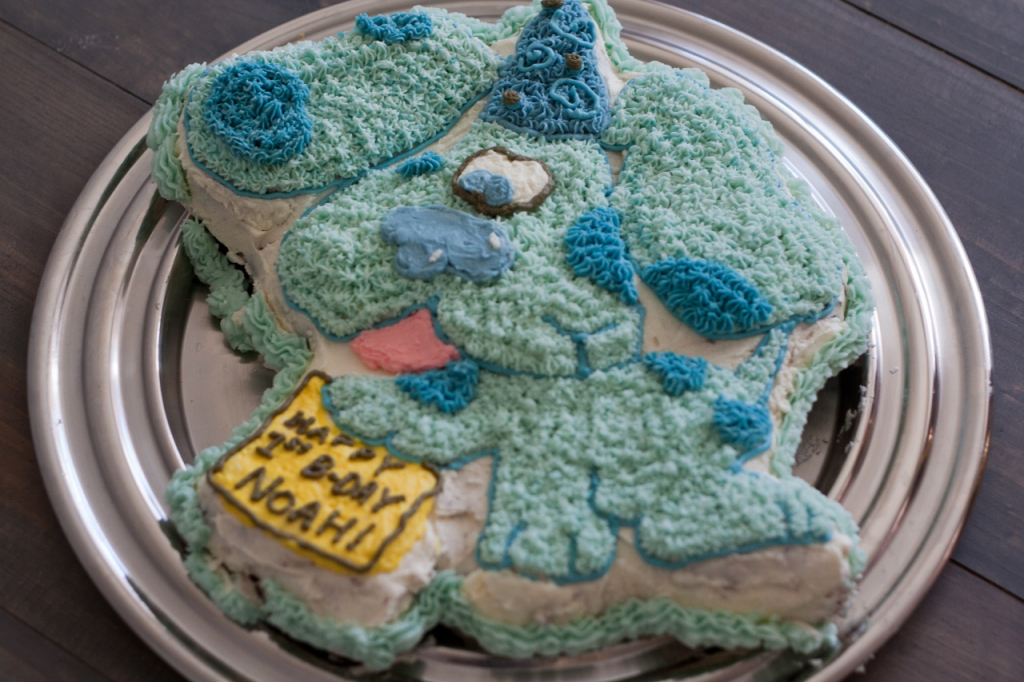 Here’s the cake that I made.  So yummy!  Only 5 cups of homemade frosting went on that puppy.  Haha…get it?  I’m so clever ;) 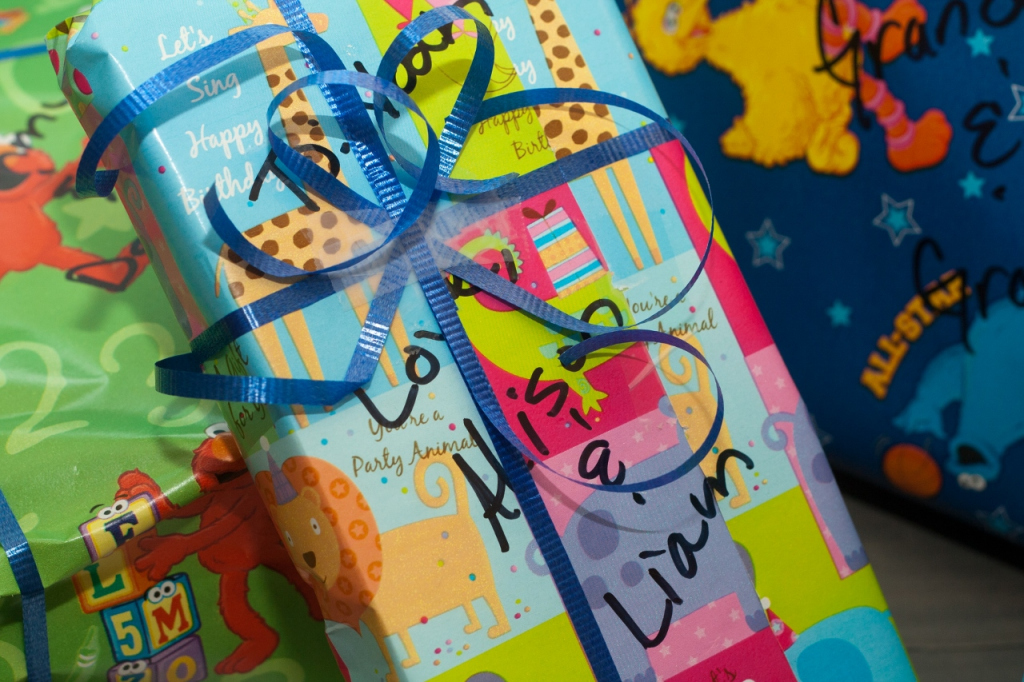 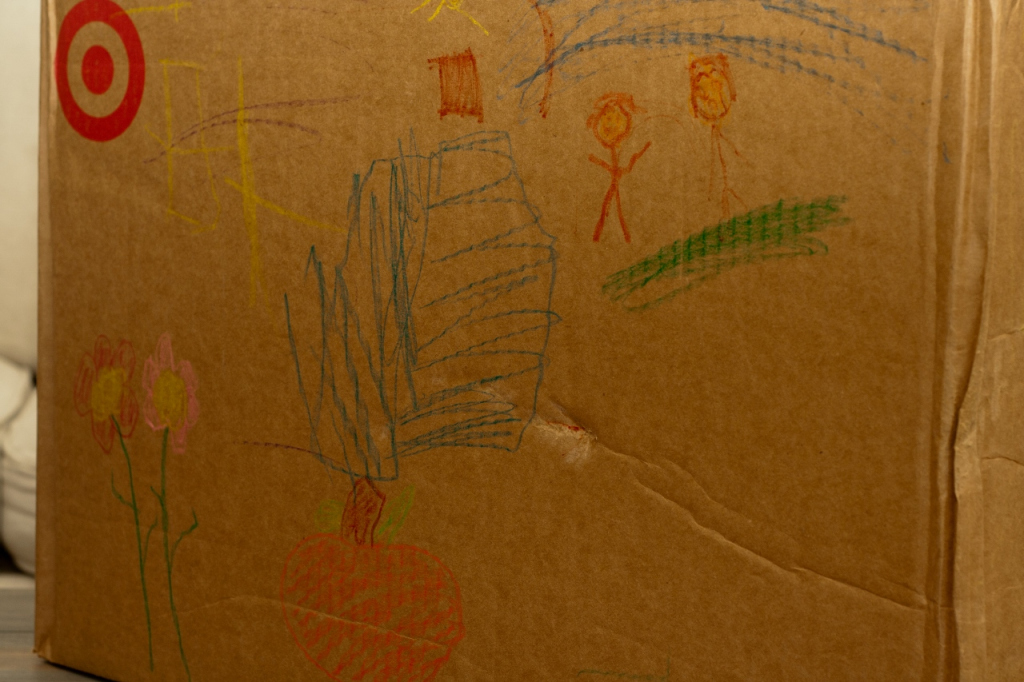 Some presents are just too large to wrap and so you grab the crayons and voila!

Just look at my little chub-scout…too cute really.  Oh, and this party was pants optional. It was just our little family of 5 to celebrate (webcam with Grandpa in the evening!).  I never do a big shindig for my kids’ first birthdays.  I like it to be calm and for them to enjoy the festivities where all focus is on them.  Besides, he really clings to me when others are around and I don’t think he would’ve enjoyed himself as much if we had had people over. 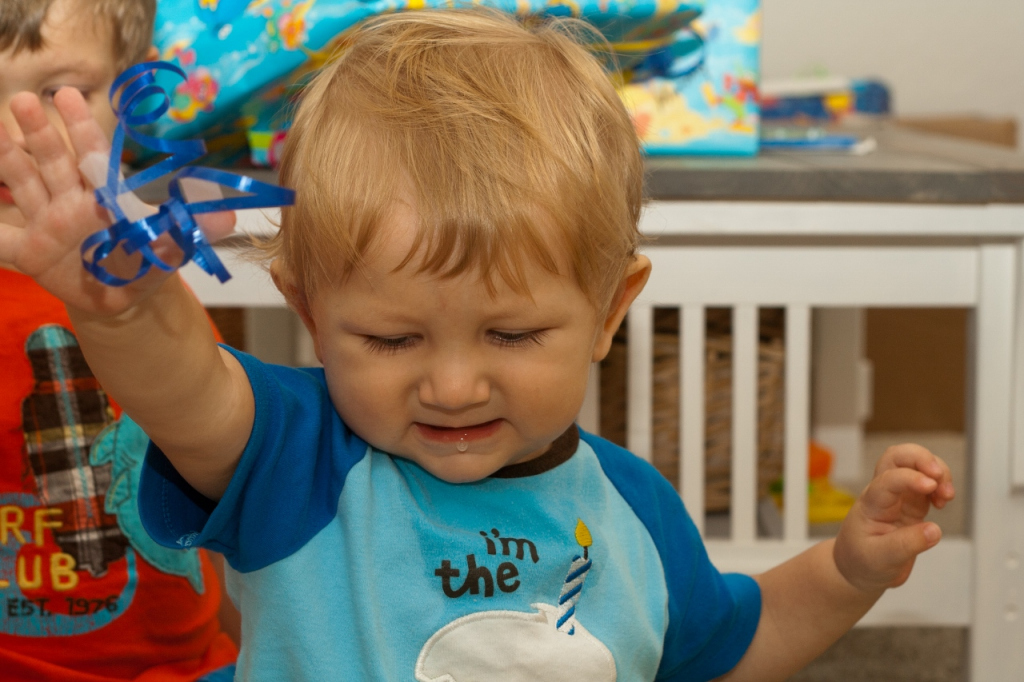 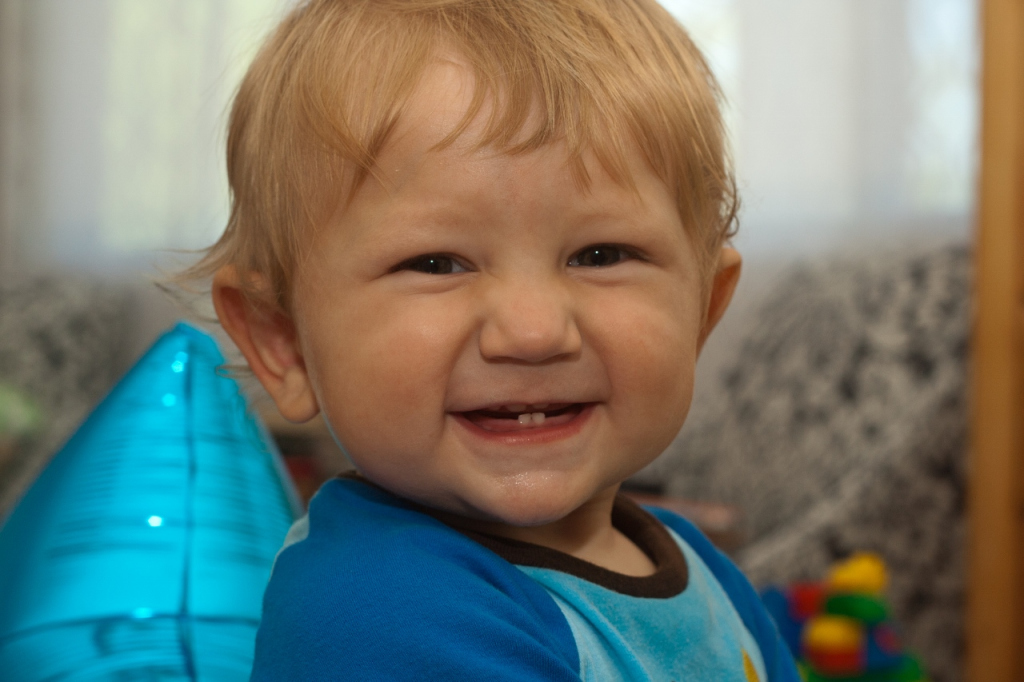 He loves making faces for the camera.  Cheese!! 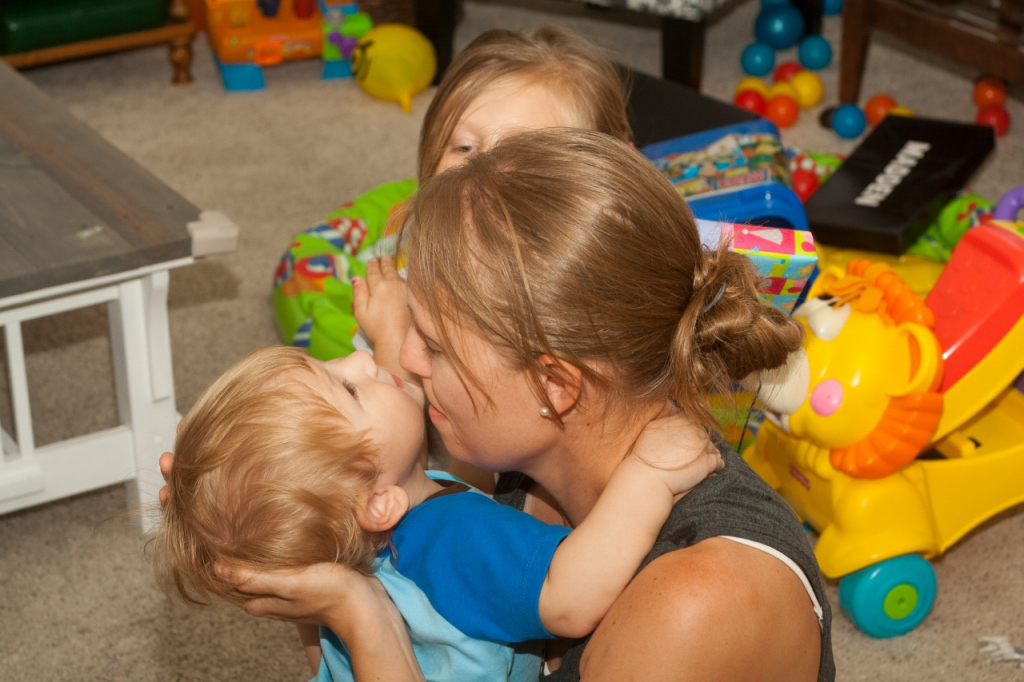 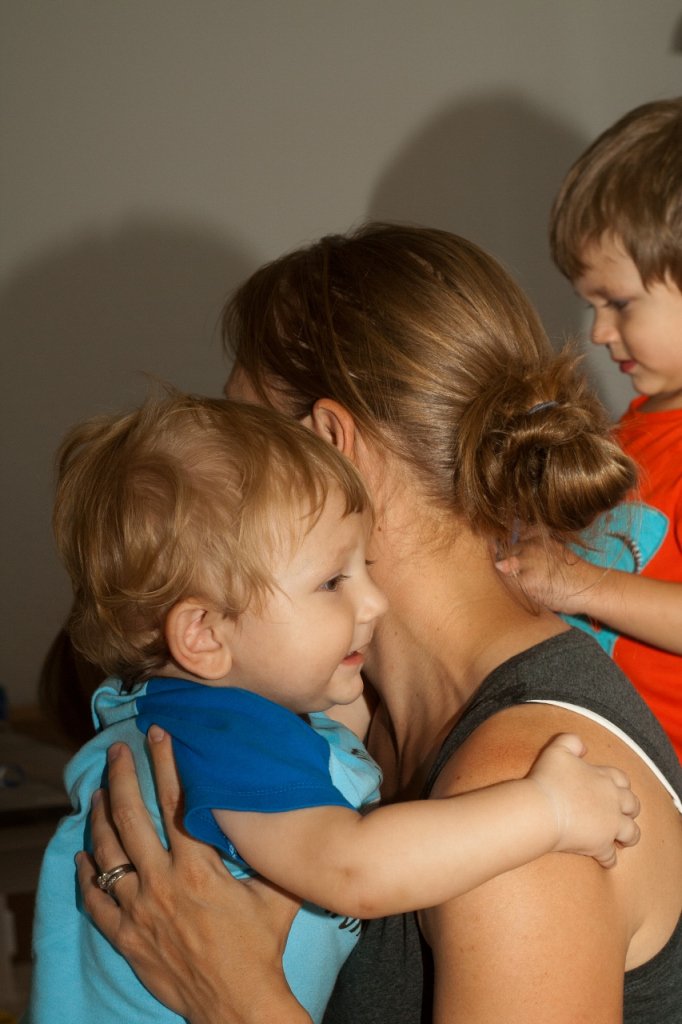 He’s such a mama’s boy and I wouldn’t have it any other way.  Although, sometimes I’d like to use the restroom by myself. 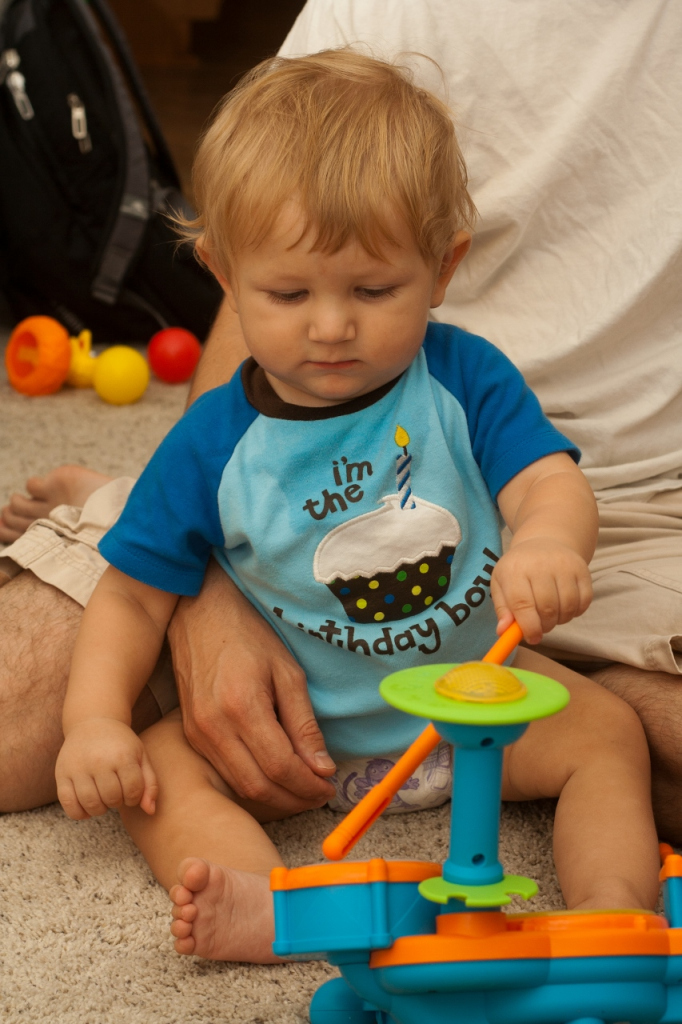 His first drum set from us. 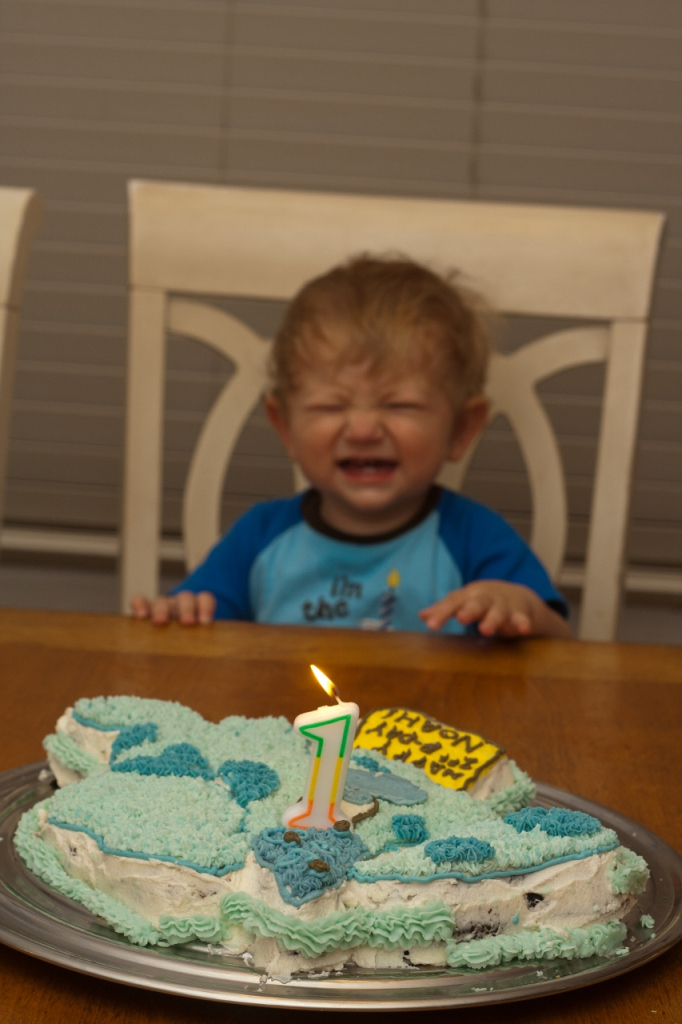 He was so upset that the cake wasn’t in front of him.  This one likes fire…just like his father. 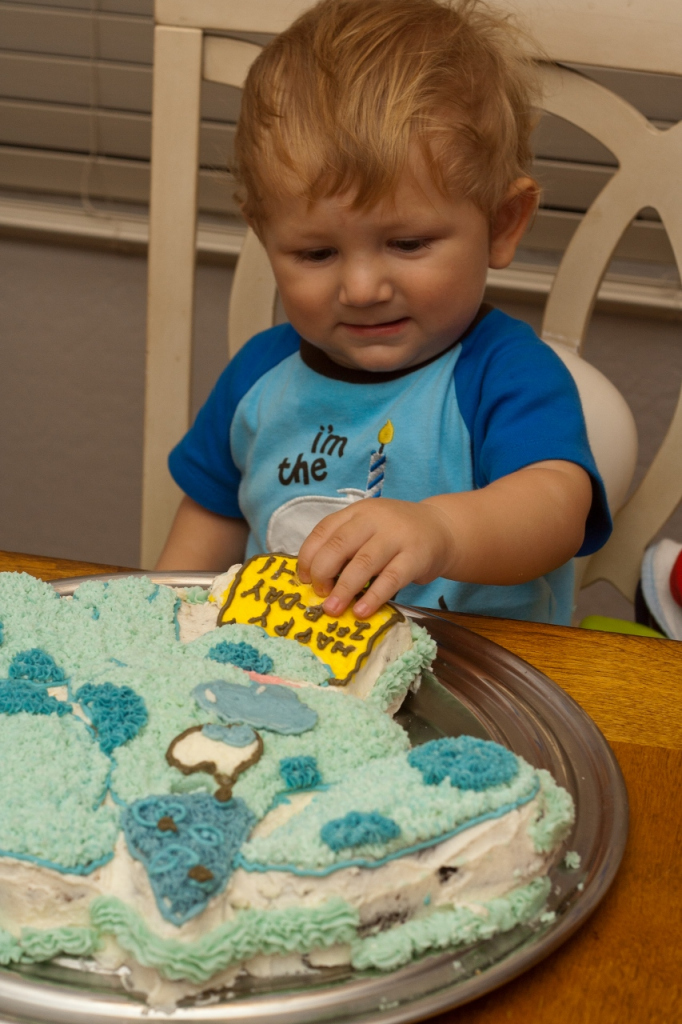 Finally, he got to touch the cake. 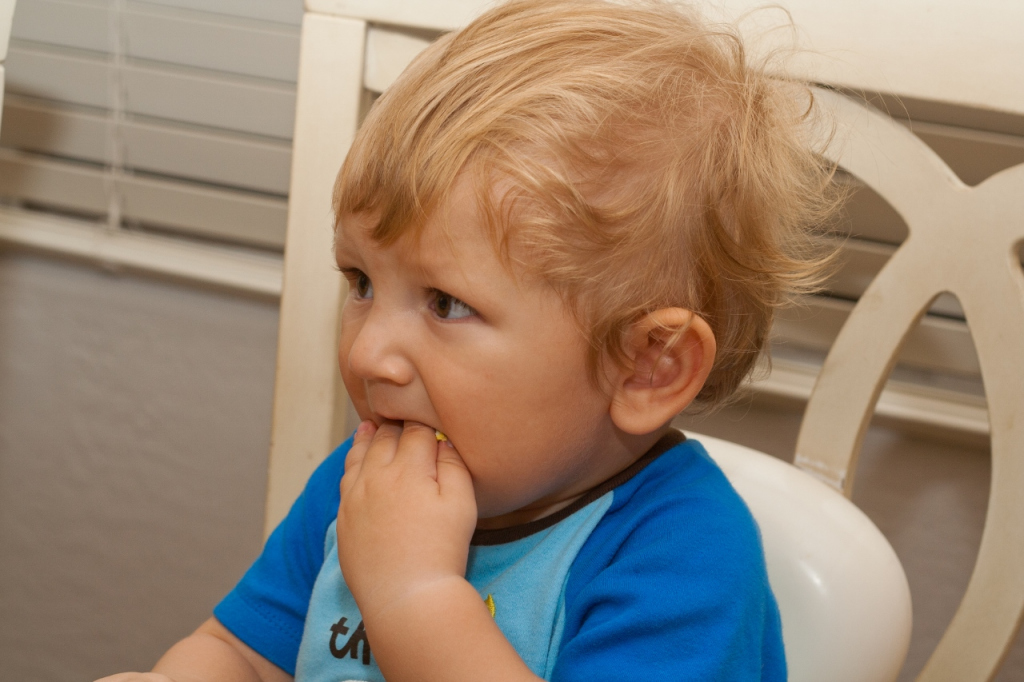 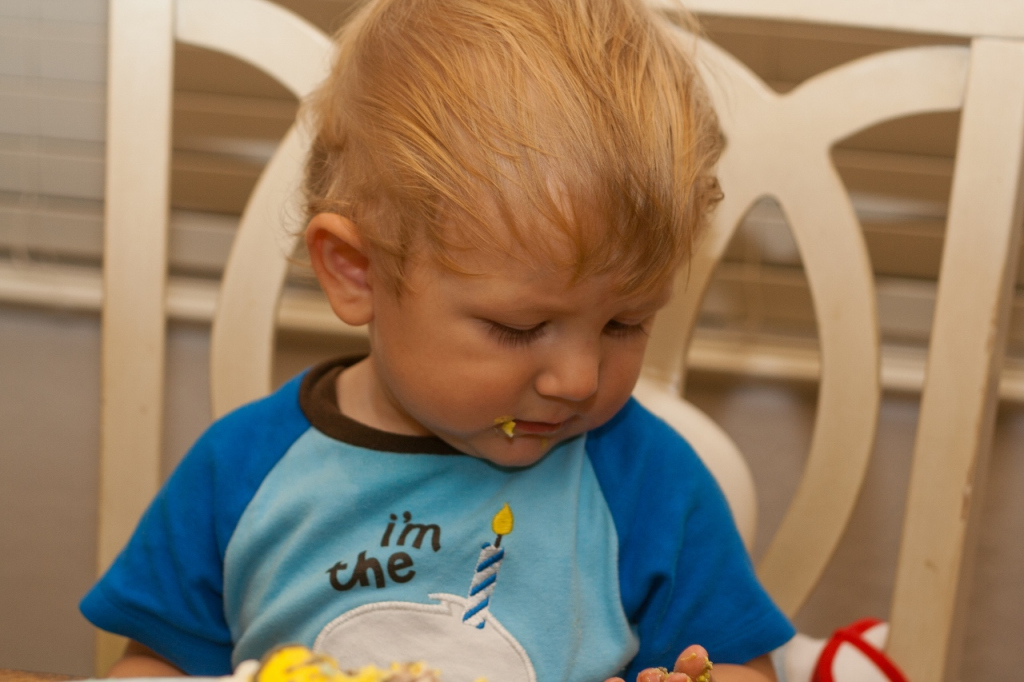 Is it me or does his hair look like “The Donald’s”?  YOU’RE FIRED! 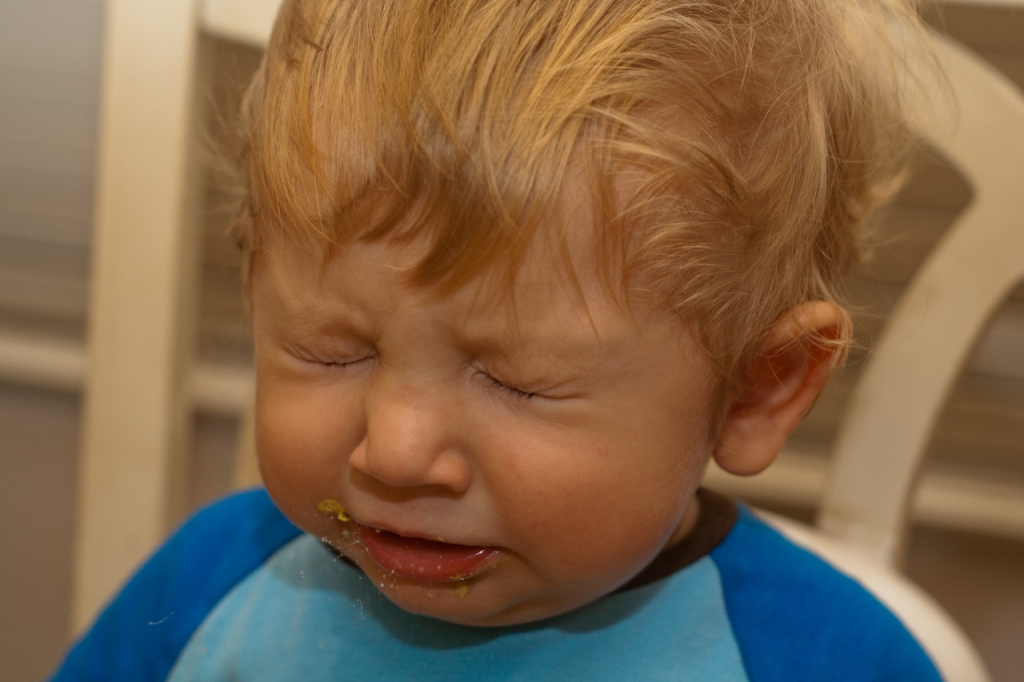 This could be the reason he and I got sick?  Yup, I caught this mid-sneeze.  Cute, right?  Maybe we should have had people over!  Share the LOOOOOOVE ;)

We call this his “stink face”.  His sister made the same exact face when she was this age.

Apparently he decided to be proper and use a fork. 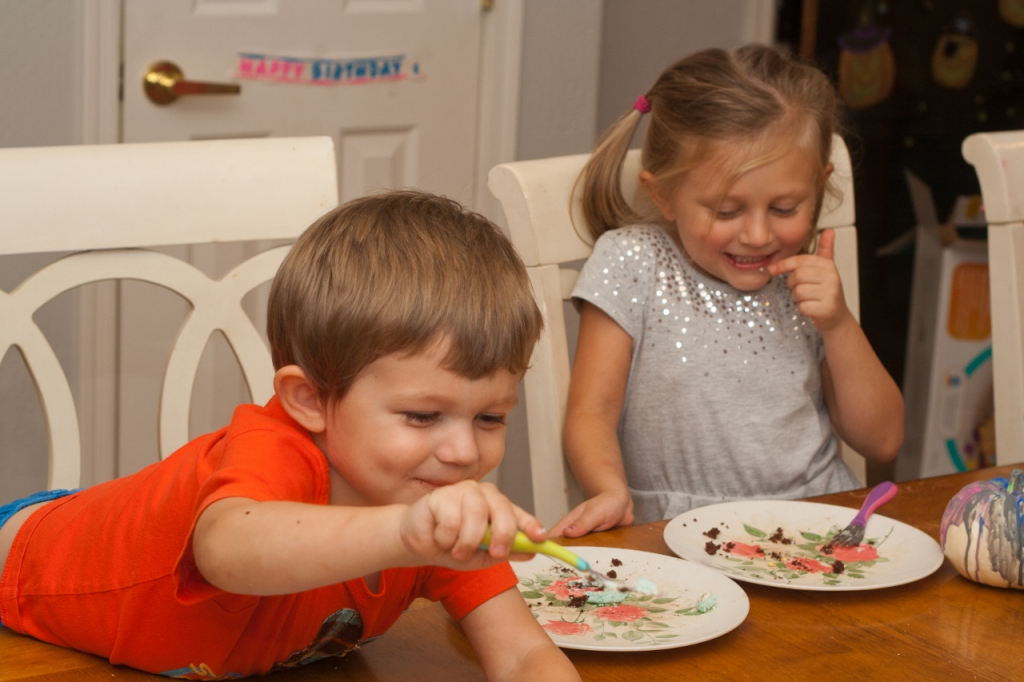 These two couldn’t get enough cake.  They each had seconds and were on such a sugar high.  Bedtime was fun that night…not. 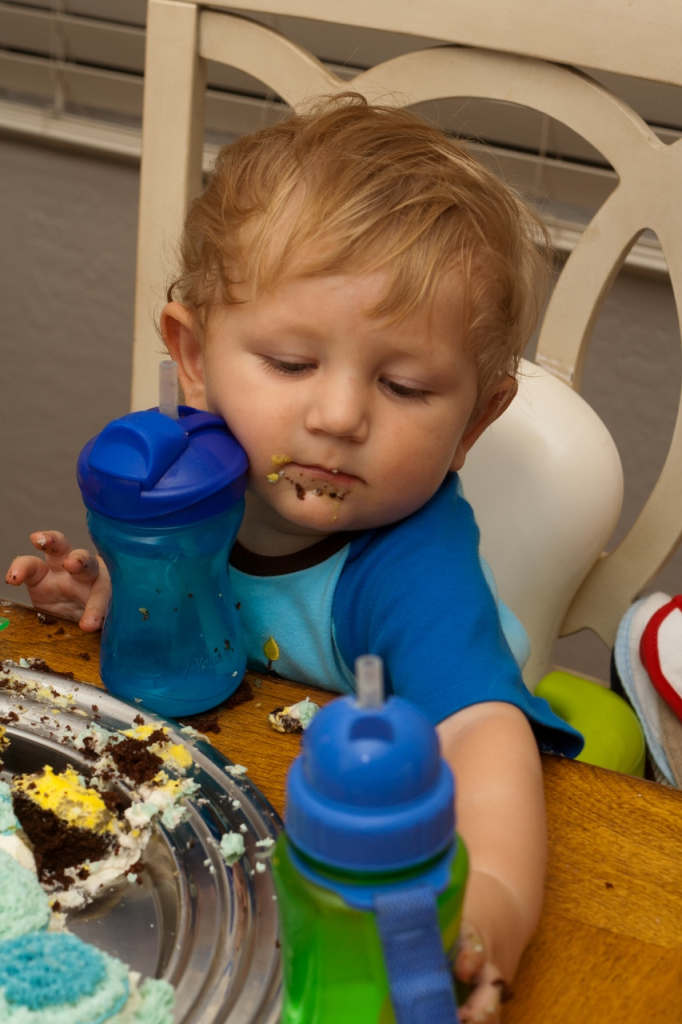 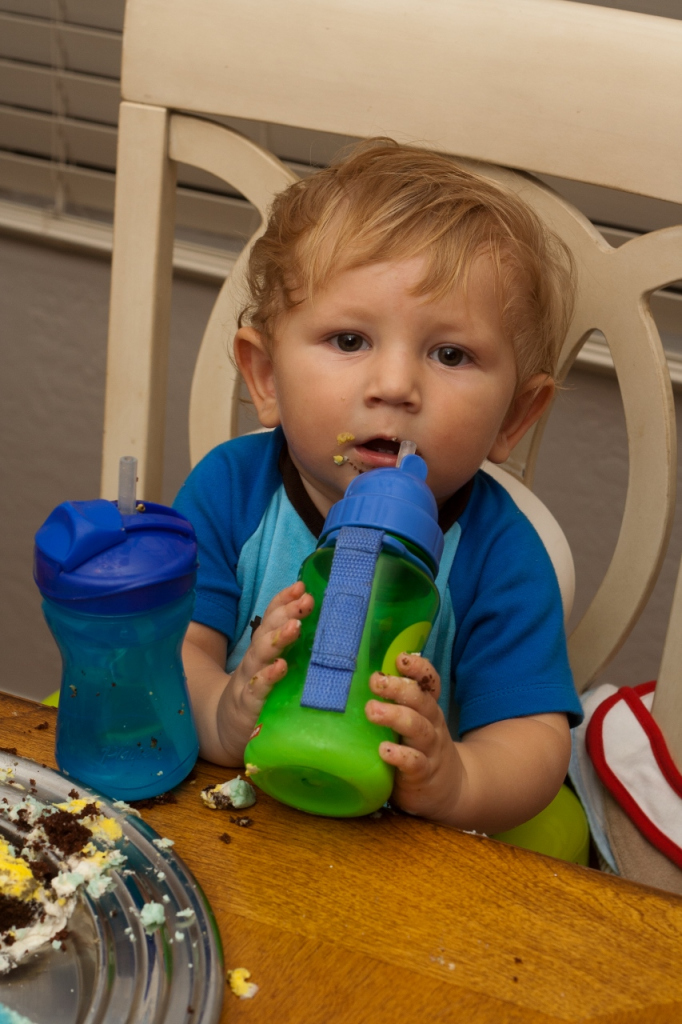 Awe ya, that’s the stuff. 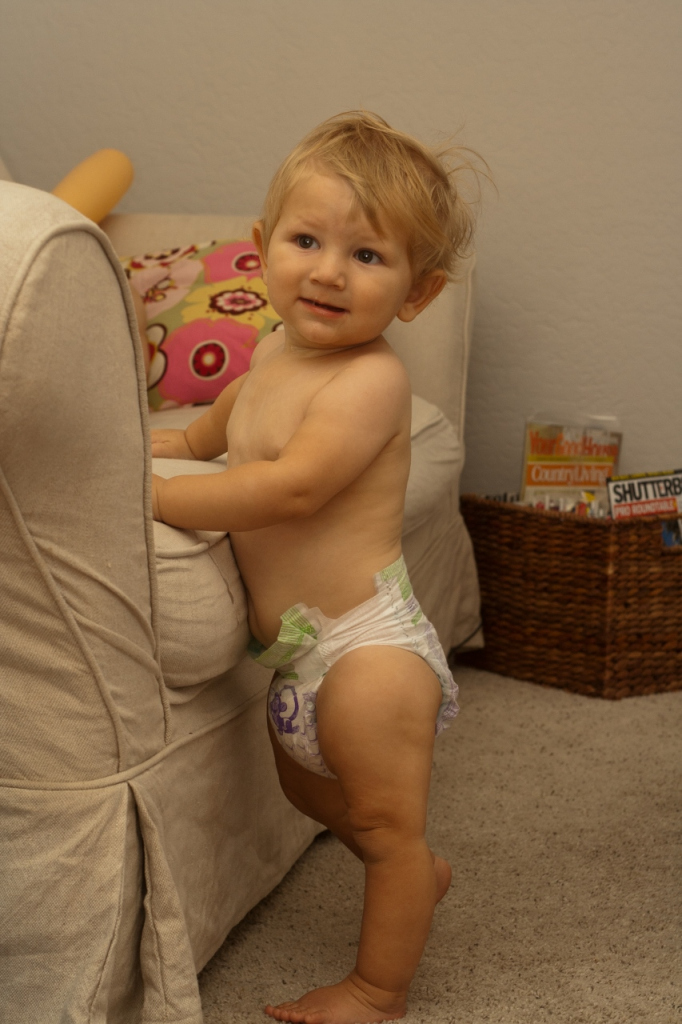 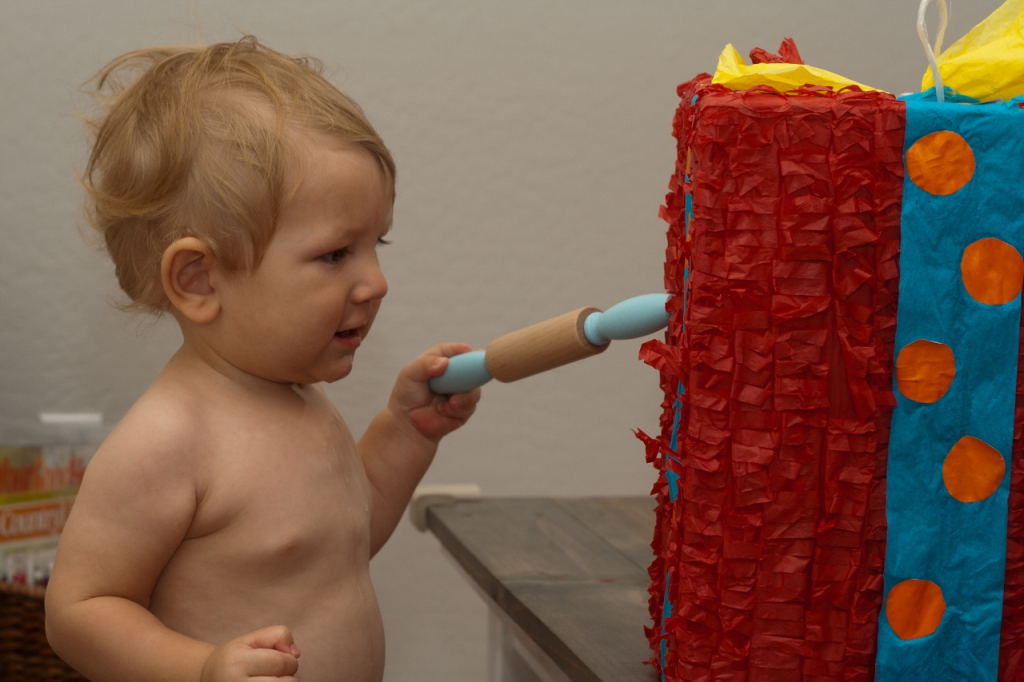 I found this pinata on the good ol’ clearance section at Target and couldn’t pass it up. We filled it with chocolates and decided to let the little guy have at it.  He didn’t do much damage to it.  Woot for reusing it at our next party! 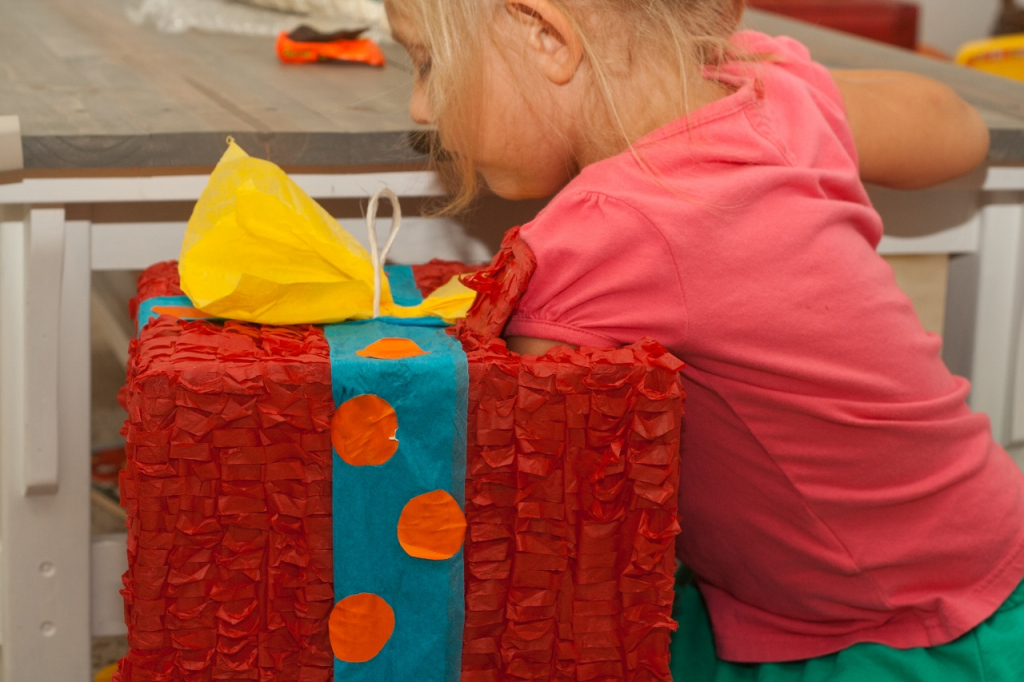 One Reply to “My Littlest Turned 1 Year Old!”