Hope you all had a wonderful weekend!  It’s always wonderful for us when no one in our family gets sick because that’s generally what happens on a holiday weekend.  Our weekend was pretty low-key.  I think the kids were just happy to have daddy home an extra day. 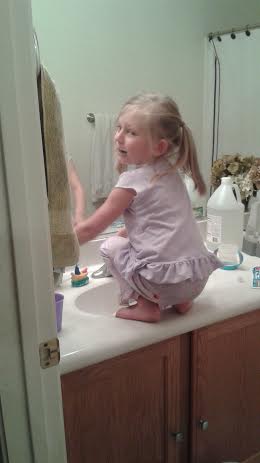 Normally my kids stand on a step stool or small chair to brush their teeth.  However, I found the girl like this last week.  Still not sure why, but thought it was too cute not to share.  Oh, and yes, that is a giant vat of vinegar you see on the counter.  I’m in the middle of cleaning the upstairs carpets.  It’s taking a little longer than planned…go figure.

The hubby sent me this pic last week that said “drinking swill”.  He’s not a coffee drinker at all, but tries it every once in a while to see if maybe his tastes have changed.  He has informed me that they have not.  I love to drink coffee, but definitely can’t drink it straight-up black.  Please pass the creamer!  I also told him that he needs a different mug.  Is that not the homeliest thing you’ve ever seen?  I think that if he had a better looking mug, it would taste better.  It’s kind of like when I want McD’s coffee (their decaf kicks some serious hiney), but with a Starbucks straw.  Love the green straw. 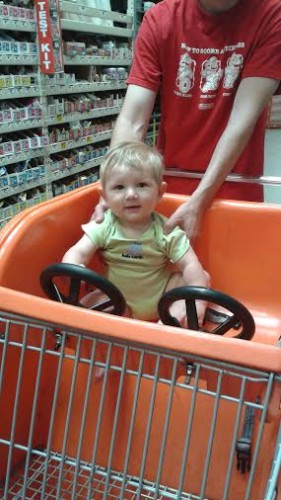 We made a trip to HD this weekend and someone took a seat in the “school bus” (that’s what my big kids call it).  Now we’ve gone and done it…all those germs, someone will be sick this week.  Sigh…it’s inevitable.

This is what happens when you crawl backwards.  Yup, he was stuck under there and wasn’t too happy about it.  Just yesterday, he began to crawl forwards.  There is seriously nothing cuter than a chunky little baby crawling all over.  Absolutely adorable.  I’m not sure the cat will be too happy about this though.  The baby is OBSESSED with the cat and isn’t very gentle with her either.  Poor cat.  It wouldn’t hurt her to run a bit more though ;) 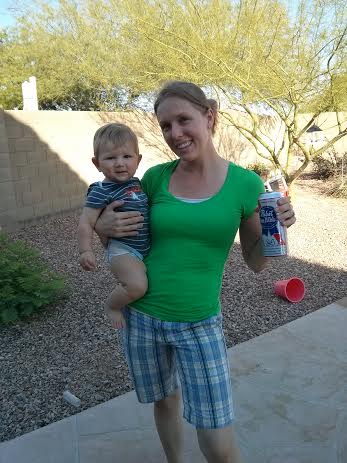 We decided to grill some steaks on Sunday to celebrate Memorial Day.  No, that’s not my beer.  The hubby went all out and bought himself a giant can of PBR.  Broke the bank on that one ;) 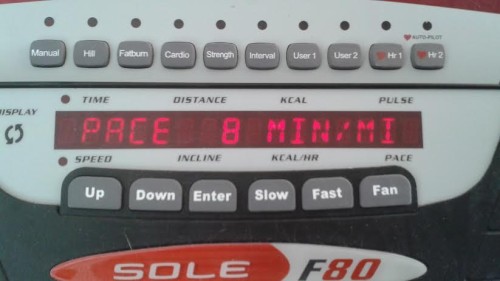 For two weeks now, I’ve been able to run 4 times each week – woot woot!  I feel so good about this.  Feels good to be “back in the saddle”.  I think this is the first time in a very, very long time that I’ve seen a pace of 8 min/mi on the treadmill.  I had no idea if it was the high- or low-end of the 8’s, so I decided to install the MapMyRun App on my phone.  The hubby suggested I do this a long time ago and I just got around to doing it.  I was a little hesitant because I was nervous.  Nervous about what?  I don’t know.  My heart-rate would go up just thinking about trying to use the app.  It was something new and I think I was afraid of dropping my phone while running and blah, blah, excuses.  After using it for the first time, I am SOLD and will definitely be using it again.  Smooth as butter.  It also confirmed that my time is 8:50mins/mi.  Go me (insert pat on back) :) 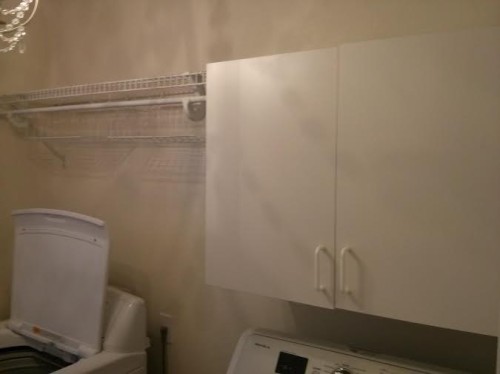 Here’s a pic of the cabinets/shelving in my laundry room.  I found some new cabinets at a garage sale for a STEAL, so they came home with me.  The hubby removed the old stuff last night, but it was too late to begin installation of the new ones.  Those suckers are heeeaaaavy!  I might be a tad nervous about hanging them on the wall.  I have visions of them crashing down…let’s hope not. 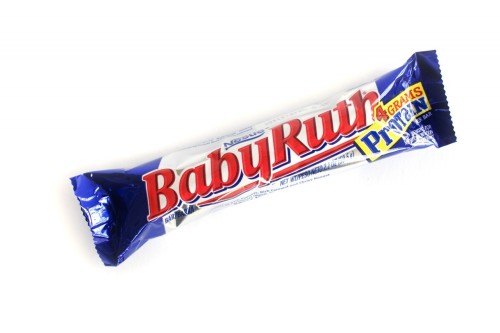 I got notification that our community pool was closed due to a “code brown”.  Yum.

That was our weekend.  How was yours?