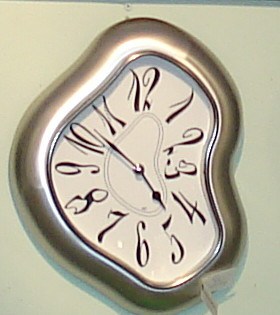 It’s been almost 2 months sine I’ve blogged and I’ve truly missed it.  I like keeping a little online journal of my family’s journey in hopes to look back on someday when the kids are older.  It just isn’t happening as much as I’d like it to, but that’s life.  When you have 3 young kids at home all day, it’s hard to get anything accomplished really.  My oldest just turned 5 last week and I’ve been doing Preschool lessons with her several times a week for two years now.  She absolutely loves to learn and I’m thankful for that.  I think she will really enjoy Kindergarten in the Fall…just 4 short months away.  We had her 5 year well-check yesterday and she’s healthy as a horse!  (Where did that saying come from anyway?)  Kid #2 is 2 1/2 years old and is into everything.  He’s great at keeping himself occupied, but pulls so many shenanigans much of the time.  He’s like a mini tornado that goes all around the house. It’s never-ending, but I wouldn’t have it any other way.  He is such a talker and has me laughing all of the time.  The baby (now 6 months old) is teething like crazy and growing like a weed (he’s the same weight Miss A was when she was around 18 months old – 21lbs 4oz!).  He has been getting me up 5 times each night because he’s either teething or hungry.  Yawn…I’m tired just thinking about it.  We are definitely busy, to say the least.

My plate is full.  I’m not looking for sympathy because I love the chaos and am grateful for everything we have, but I do know that it has affected my friendships with others.  I don’t appreciate my friends any less and often feel guilty for not being able to meet up, but I’m at a point in my life where it’s dang near impossible to get away.  For that, I apologize.

I think back to the time before kids and wonder what I did with all of my time???  I must have been bored.  I really can’t even remember what the Hubby and I used to do for fun. Having one bambino was a piece of cake (mmm, cake…yum).  Even having two was easy.  Now we’re outnumbered.  It’s a crazy kinda fun ;-)  I wonder how that family with 19 kids (or is it 20 now?) does it.  Oh to be a fly on the wall in that house.

I wish there were more of a balance in my life.  I’ve spent a lot of time thinking about how I could balance my time better, but whenever I think I have it under control, I’m thrown for a loop.  It’s probably a good thing I don’t have a set schedule because I really do like change. I think I’d go crazy if every day were the same.

People always say, “They’re only little once!”  I was always like, “Ya, I know…whatever…blah, blah, blah.”  But now, I get it and actually slow down to enjoy those moments.  You know, the ones where the kids want to watch the same video on my phone over and over, again and again.  It does get old, but it puts the biggest dang smile on their faces and there is nothing better than that.  (Sometimes, I may or may not close my eyes for a brief moment to catch a 2 minute rest period.)

I look forward to the day that I can cook more, bake more, design more, blog more, etc. But, at the same time, I know that will mean that my kiddos are older and might not want me around as much as they do now.  I will miss that.  So, for now, I will try to do some of those things I look forward, but will not put pressure on myself if not accomplished.

On that note, I’ve got a garage full of furniture that needs to be restored.  Ya, like that’s happening any time soon.  It’s 11pm on a Tuesday night and I’d like to rot my brain with some tv before I fall off to dreamland, but someone is watching Star Trek.  Guess I’ll just go to bed.  Until next time dear readers…hopefully sooner than later.  Is anyone out there?  Do I hear crickets?  ;-)

One Reply to “Tiiiiiiiime, It’s on My Side…Wait, No It’s Not”