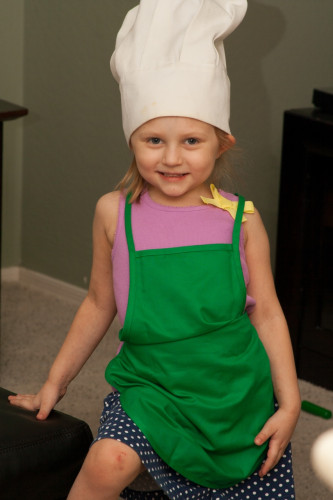 Little Miss was begging me for two days to make a chocolate cake.  I’m not sure what cartoon she watched, but apparently they made a chocolate cake and she wanted to do the same.  I was just telling my mom on the phone this weekend that I need to stop baking so much because I bake more than we eat…so much for that.  The hubby is not a fan of chocolate, which kinda stinks because then the kids and I end up eating all of it.  I do end up cutting the cake (or whatever I’m baking) into single servings and freezing them.  I just can’t stand for things to go to waste.  AND it’s also nice to have some frozen when you have one of those midnight cravings for dessert…or is that just me??? 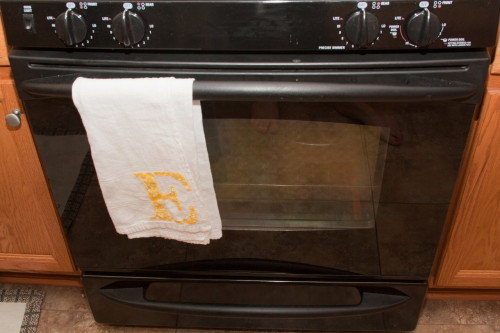 This is the first cake I’ve made in our new house, which happens to have a gas oven – score!  I absolutely looooooove it!  I made homemade pizza in it on Friday night and it was the best homemade pizza I’ve ever made.  Such a difference in flavor and how it cooks. The cheese was evenly melted and just a little browned, which I crave. 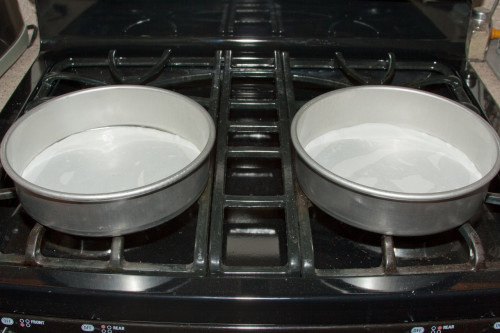 I decided to make a layer cake because they always look so fancy to me and like you put a lot of effort into them.  Truth be told, they’re pretty simply.  You can decorate them all fancy and such, but I was kinda lazy and just spread it on with a rubber scraper.  This cake was to die for really.  It was super moist and I could have seriously eaten half of it.  The frosting was great too.  Super creamy, nice texture and great flavor to boot.  The kids liked it too :-) 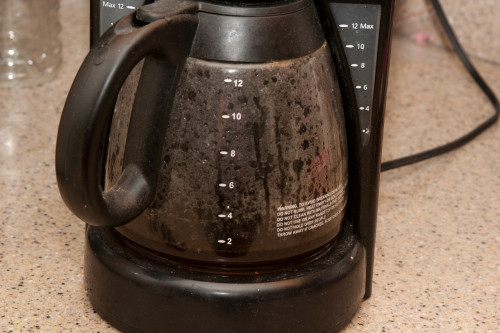 The cake actually calls for a cup of brewed hot coffee, but if you’re not a coffee lover,  you could substitute a cup of hot water or even try a cup of hot cocoa.

The frosting uses instant coffee, which I’ve never bought before.  It’s in the coffee aisle and can be pretty spendy, but I scored this box for only $1.17…not bad.  Plus, I’ve passed up tons of other recipes because I didn’t want to buy instant coffee.  Now I have some and can bake away. 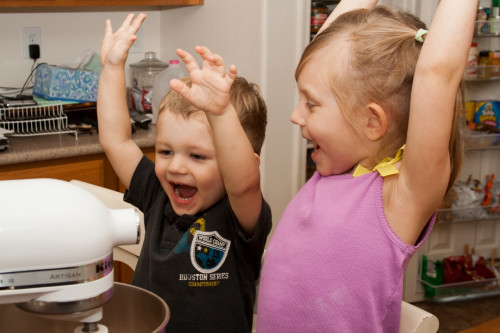 These kids are excited to bake!  I’m so fortunate to have them in my life and they bring me so much joy.  We have a blast together…when there’s no fighting ;) 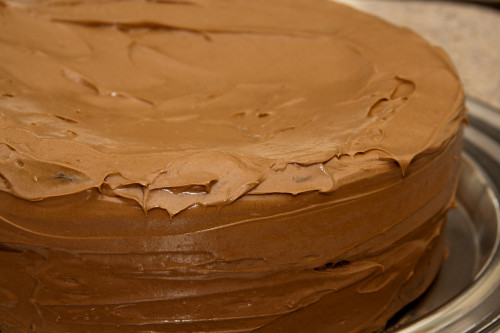 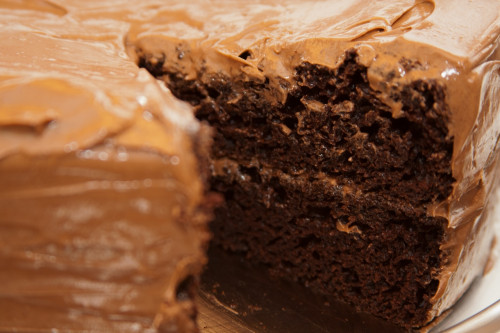 Sift the flour, sugar, cocoa, baking soda, baking powder, and salt into the bowl of an electric mixer fitted with a paddle attachment and mix on low speed until combined. In another bowl, combine the buttermilk, oil, eggs, and vanilla. With the mixer on low speed, slowly add the wet ingredients to the dry. With mixer still on low, add the coffee and stir just to combine, scraping the bottom of the bowl with a rubber spatula. Pour the batter into the prepared pans and bake for 35 to 40 minutes, until a cake tester comes out clean. Cool in the pans for 30 minutes, then turn them out onto a cooling rack and cool completely.

Place 1 layer, flat side up, on a flat plate or cake pedestal. With a knife or offset spatula, spread the top with frosting. Place the second layer on top, rounded side up, and spread the frosting evenly on the top and sides of the cake.

Chocolate Frosting:  (Cut this in half if you don’t want a lot of frosting)

Chop the chocolate and place it in a heat-proof bowl set over a pan of simmering water. Stir until just melted and set aside until cooled to room temperature.

In the bowl of an electric mixer fitted with a paddle attachment, beat the butter on medium-high speed until light yellow and fluffy, about 3 minutes. Add the egg yolk and vanilla and continue beating for 3 minutes. Turn the mixer to low, gradually add the confectioners’ sugar, then beat at medium speed, scraping down the bowl as necessary, until smooth and creamy. Dissolve the coffee powder in 2 teaspoons of the hottest tap water. On low speed, add the chocolate and coffee to the butter mixture and mix until blended. Don’t whip! Spread immediately on the cooled cake. 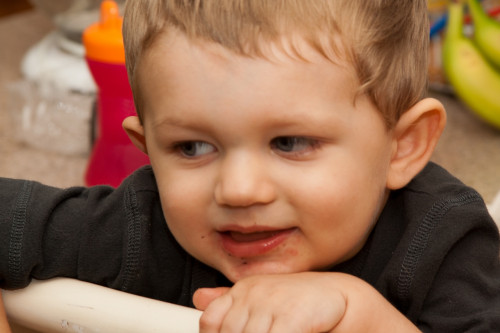 Sneaky little boy was licking the bowl.  Isn’t he yummy?!

3 Replies to “That Hit The Spot…A Chocolate Cake Recipe”