It’s officially hot in the desert.  We reached 109 degrees on Saturday, so we decided to head north a ways to the “cooler” temps (yup, like a whopping 5 degrees cooler).  We hit up the Outlet Malls that also have a playground/water park area for kids to play.  We visited a couple of shops, played at the playground, then visited a few more shops, repeat.  The kids had a blast, which is always nice and relaxing for the parents :) 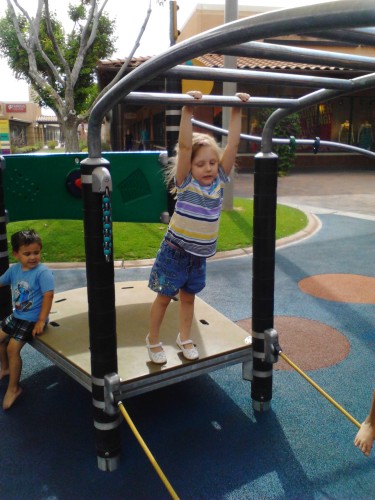 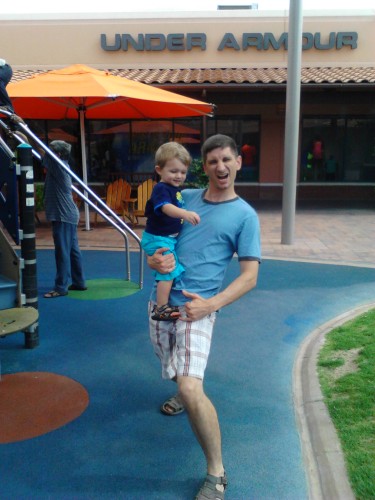 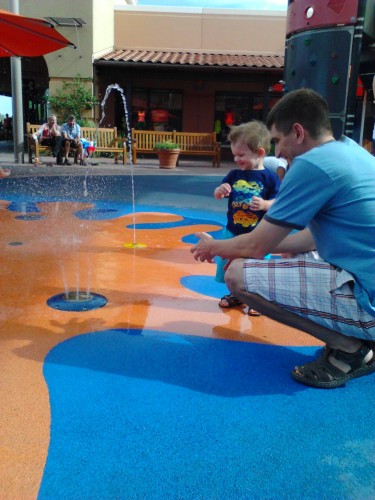 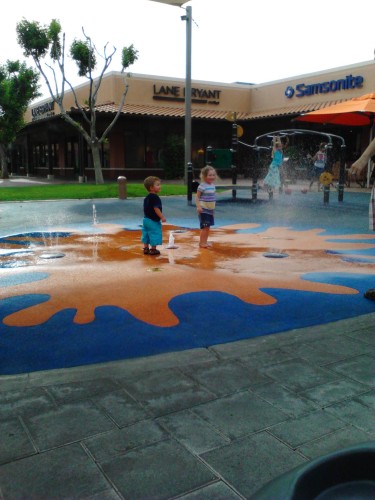 The first time Liam (my son) went up to the “sprinkler” he had no idea what was about to happen.  Then out of nowhere, the water shot him in the face.  There was a moment of silence and then pure laughter.  He loved it!  I laughed pretty hard myself. 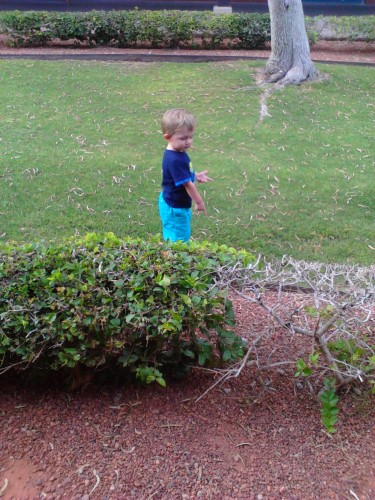 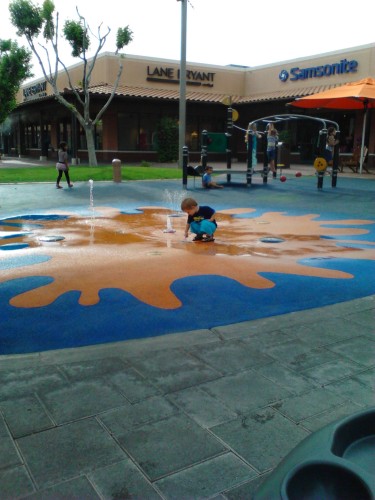 It was nice having a weekend free of household chores and projects.  We’ve been so overwhelmed with fixing things around the house, it’s nice to have a much-needed break.  I think it’s important to “focus on the family” a bit more often.  I know in less than 4 months, we’ll have a newborn and be a family of 5 and it won’t be as easy to go places for the first few months. It’s important to cherish the time we have and enjoy the moment.  We definitely did that this weekend :-)  How was your weekend?

One Reply to “Super Sunny Saturday”