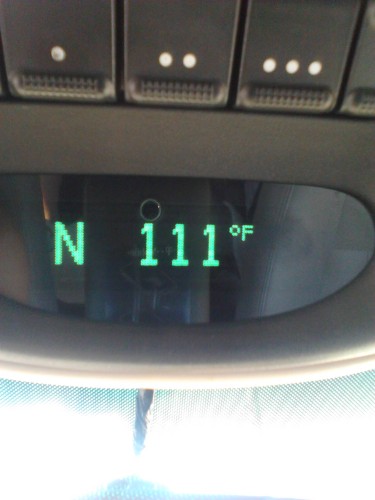 It’s officially too hot to do anything outside during the day.  It drives me nuts.  I get cabin fever all of the time and have a need for the outside world.  The kids on the other hand…well, I have one that is a homebody and the other loves to go places in the van.  I pretty much have to bribe the homebody with treats to leave the house.  It’s sad, but it works.  I’m pretty sure she’ll still turn out normal. 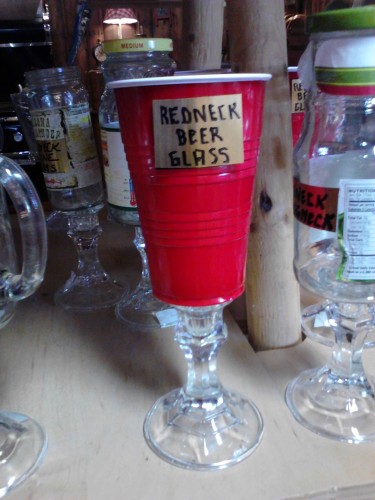 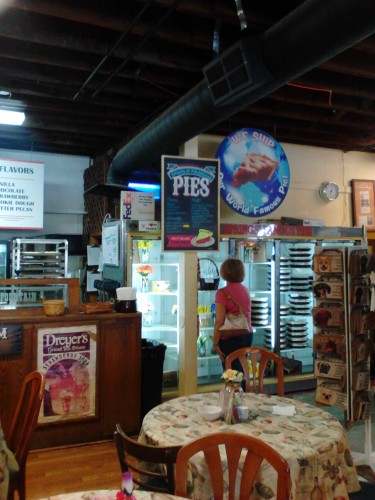 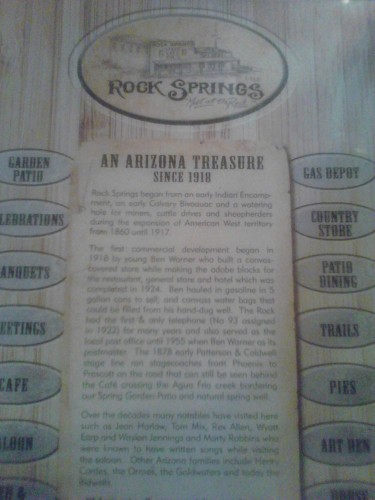 We decided to go to Rock Springs Cafe on Saturday.  They’re known for their world-famous pies and apparently have a Jack Daniels Pecan pie that will rock your world. We’ve lived here for 7 years and have never made the drive to check it out.  If you know me, I hate car rides.  This was 33 miles away and it about pushed my limits.  It’s sad, I know.  I think it’s just a problem of sitting still for so long and being trapped in a moving vehicle that you can’t escape.  I’ve been this way since I was a kid and I’m not sure I will ever change.

Anyway, back to the pies.  We got there at exactly noon, so there was a line almost out the door.  They actually moved people through pretty quickly, so we only waited about 10 min. The cafe area was full, so we ate in the bar area.  We totally got that small-town feeling, which is always nice.  I ordered the kids a side of fries and a slice of banana cream pie.  It’s hard to screw up fries, so they were fine and the pie was oh-so-creamy and good. The ratio of whipped cream to pie was a little off…I prefer more of the filling, but it wasn’t my slice to judge and come to find out it would work out for me in the end.  Allison devoured all of the whipped topping and left about half of the actual pie behind.  Nobody else wanted it and I think it would’ve been a sin to just leave it there, so of course I ate it.

The hubby ordered a hamburger and fries and said it was awesome.  I had a ham and cheese melt that was so good.  It came with a side of their homemade potato chips, which had that ‘burnt’ flavor…I love that.  I only allowed myself 1 chip (don’t worry, I took the rest home with me) b/c I knew I’d be ordering a slice of my own pie. 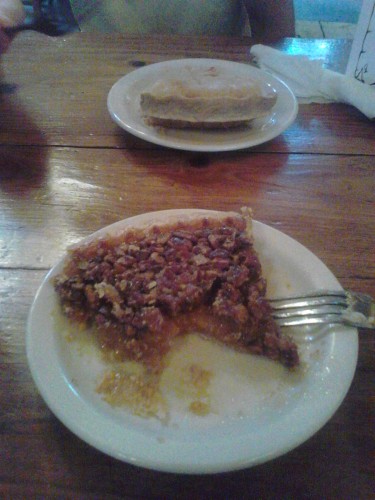 I’ve never had pecan pie before and didn’t want to risk getting it and not liking it, so I opted for cherry.  The hubby was kind enough to order the JD Pecan (he either loves me or wants something…hmmm).  The cherry was delish, but I don’t know that I’ve ever tasted a bad cherry pie.  The hubby thought the pecan was “alright”.  I decided to try the pecan.  I believe my words were, “Oh.My.Heck.”  Yup, it should’ve been a sin that I’ve waited so long to try it.  Absolutely marvelous in all it’s glory.  I don’t know why it took me so many years to try a stinkin’ piece.  Maybe b/c it’s not a “pretty” pie like all the fruit pies, but neither is pumpkin and I devour that with no hesitation.  The hubby was kind enough to switch me pieces.  He prefers fruit pies anyway, so it was kind of a win-win.  From here on out, I’m pretty sure I’ll be adding pecan pie as one to bake. 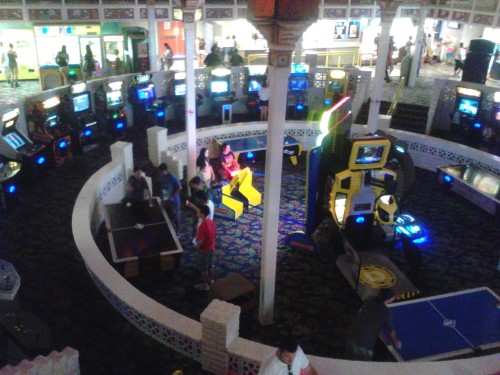 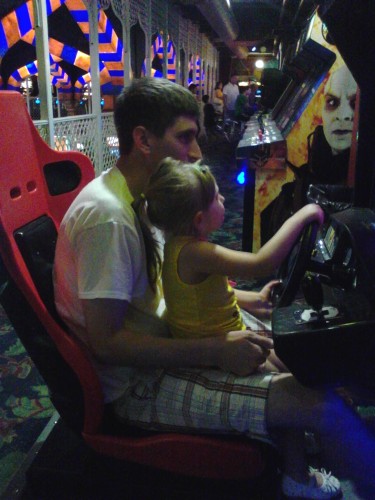 On Sunday, we decided to stop at the Arcade and play some videa (yup, the hubby says ‘videa’ not ‘video’ b/c I’m pretty sure he wishes he were an 80 year old from the farm) games.  Liam ran around like he was a wild monkey on the loose and Allison got to play quite a few games.  We were there for an hour.  It was plenty.  Ever been to an Arcade?  Know that certain smell they have?  Ya, I can’t do that for very long.  It’s so dark and dungeon-y that I start to get depressed.  No lie.  Oh well, at least I am a good sport and go for a while and I love to see everyone having a good time :-)  How was your weekend?

**I apologize for the cruddy pics…didn’t have my camera and had to use my phone.